Ending August With A Bang

Can you believe it is nearly September? As we head into Labor Day weekend here in the USA, I was thinking about August and realized that it is always a big month for me – especially this year. First and foremost, I can’t ignore the fact that the second anniversary of my friend Mike’s death just passed, so the end of August now has has a twinge of sadness.

It isn’t all melancholy, though. August also marks the anniversary of going independent. I got started in 2007, so I am entering year six of being self employed. Fingers crossed, it will be another sixty! Ben and I also just basically crossed two years here at SQLHA. Life is good.

I did an interview with Louis Davidson for his Why We Write blog series – read it here.

I also am celebrating my fifth anniversary as a Cluster MVP. While my renewal is in July, Microsoft just sent me the special disk to add to my award. I’m very humbled and honored because it’s a community-based award, which means I’m doing something right for the greater good. 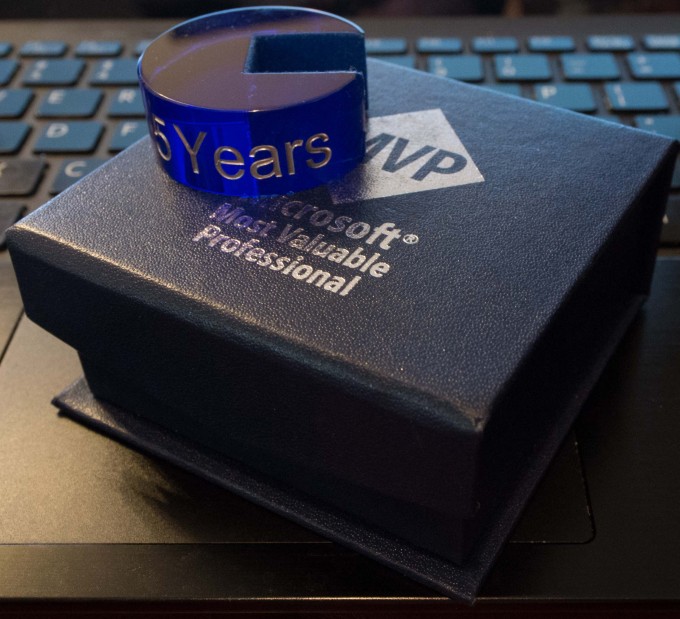 I’m starting to prepare for PASS Summit 2013 (haven’t registered yet? why not?). Remember I’m doing a pre-conference session on Tuesday, October 15 entitled Plan and Deploy Successful Clustered Solutions for SQL Server in addition to my spotlight session Troubleshooting Clusters. I hope to see some of you at one or  both of those (especially the pre-con).

Work is progressing on the new book. I’m a bit behind on getting the first chapters out to subscribers, but I’m almost there. I think you can tell I’ve had a lot going on. If you haven’t ordered your copy, remember that there’s currently a discount so take advantage of it!

Oh yeah, I even have a big band concert thsi upcoming Sunday and managed to get some time off for the first time all year earlier in August. So I do more than work, you know.

I hope everyone has a fantastic Labor Day weekend if you’re in the USA.