As was originally written, that article was assuming a new, greenfield installation. Not everyone is looking to create DTC with a brand new installation, and I realized that there were some gotchas I needed to outline.when you are already up in production. I also fixed a few things in the script.

1. In the script as it was written, one step added the resource  as a dependency to SQL Server. That’s all well and good (more on that in a bit), but this had two issues with a non-greenfield implementation: 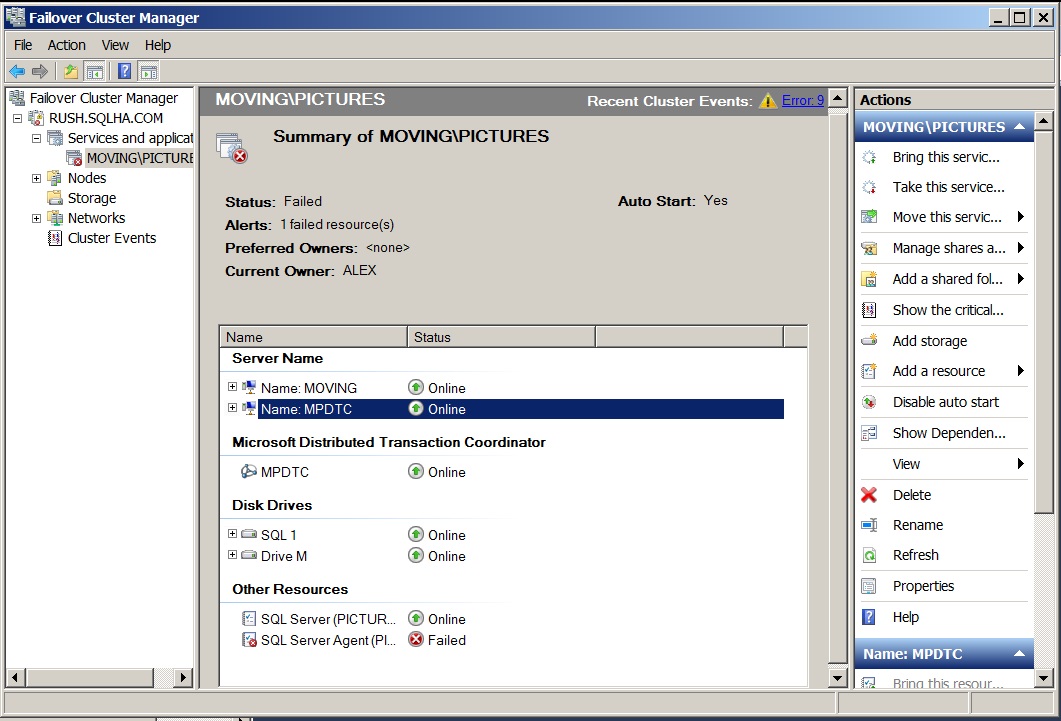 2. I forgot to put one important line in the script – namely moving the disk resource into the group with SQL Server! The original script did have a gotcha line in there, but I made sure it was done in this version.

My customer was trying to fix a critical path issue that needed DTC up and running for their application, so they wound up putting DTC in its own resource group which is a valid option still in Windows Server 2008, 2008 R2, and 2012. They only have one instance installed in the WIndows Server failover cluster, so they can ensure DTC lives where the SQL Server instance is all the time to reduce network traffic. This saved them from another possible outage to ensure DTC was up before SQL.

Hope this helps some of you out there …